LIVE STREAM: October 21, 22, 23, click Watch Live, top right corner In Amazon (Proxy), British-American artist Danielle Dean brings together online gig workers and actors to revisit events that took place at Fordlândia, a short-lived rubber plantation established by Henry Ford in the Amazon in the 1920s. Taking place both online and in person at Amant, the live performance builds on the historical event to create a contemporary drama that riffs on our current modes of working and socializing remotely.Amazon (Proxy) originated during Dean’s period of research in the archives of the Ford Motor Company in Detroit, where she came across Fordlândia, a city founded in the rainforest in 1928 to control the production of rubber for Ford’s car tires and abandoned in 1934 after the workers rebelled against harsh conditions. In 2021, Dean shifts the focus to the e-commerce company Amazon and its crowdsourcing marketplace “Amazon Mechanical Turk”–– a website that makes it easier for individuals and businesses to outsource their processes and jobs to a globally distributed workforce who can perform tasks at home, on their own time. In the past decade, the website has become a platform on which humans train Artificial Intelligence (AI) in online campaigns of data collection. With its website, Amazon has reconfigured the typical Fordist assembly line into a globally fragmented yet deeply intertwined system of Turkers, all working remotely from home––a phenomenon amplified by the 2020 global lockdown.Amazon (Proxy) is part of a series of works by Dean all based on the Ford archives that include animation, performance, video, and watercolors.Curated by Charles Aubin, Senior Curator & Head of PublicationsFor any questions or accessibility needs please email the box office: boxoffice@performa-arts.orgPress Release 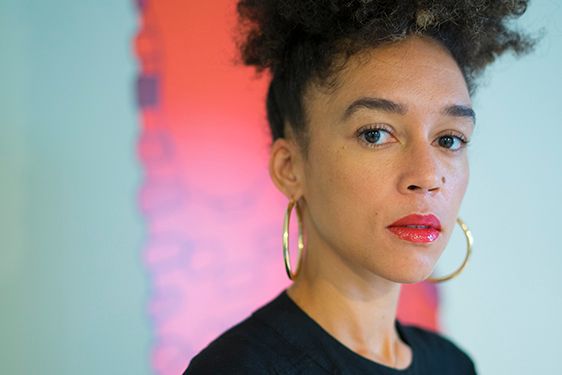 A British-American artist of Nigerian descent, Danielle Dean (b. 1982) studied Fine Art at Central St Martins in London and received her MFA from California Institute of the Arts. She has been a Whitney Independent Study Program Fellow in New York and is an alum of the Rijksakademie in Amsterdam. Dean currently teaches at the University of California San Diego. Recent solo exhibitions include “Trigger Torque” at Ludwig Forum for International Art in Aachen, Germany (2019), “A Portrait of True Red” at Cranbrook Art Museum in Detroit (2018), and “Bazar” at 47 Canal in New York (2018). Danielle Dean’s work was featured in recent group exhibitions such as “Freedom of Movement” at the Stedelijk Museum in Amsterdam and “Knock Knock” at the South London Gallery (both 2018). Dean lives and works in Los Angeles, California.